Here are some first pics of 41MP Meizu MX5

Some previous rumors leaked about the Meizu MX5– which phone is expected to be the direct rival of the Xiaomi Mi5. When we did not sure about its appearance before. It seems that this phone is probably real, thanks to the first pics that is posted by Meizu Founder J.Wong yesterday. From what we can see the Meizu MX5 will have extremely thin bezels, and a physical home button similiar to the Meizu MX4 Pro. 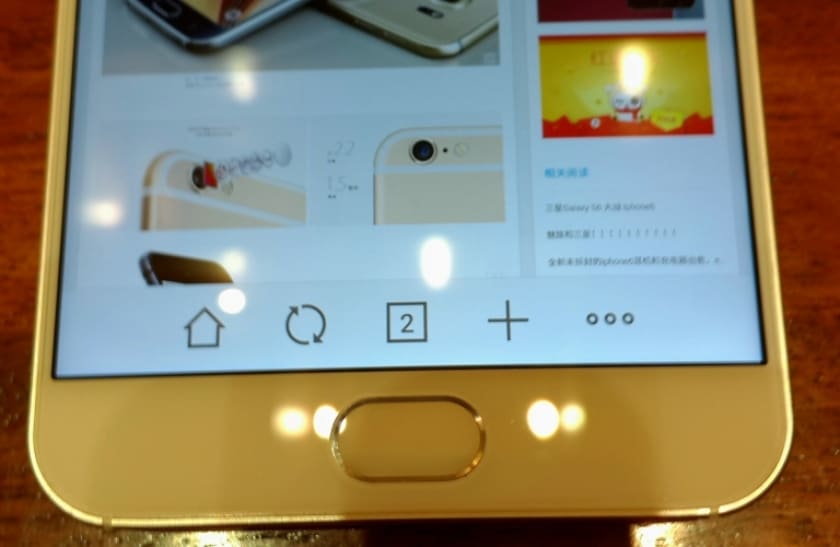 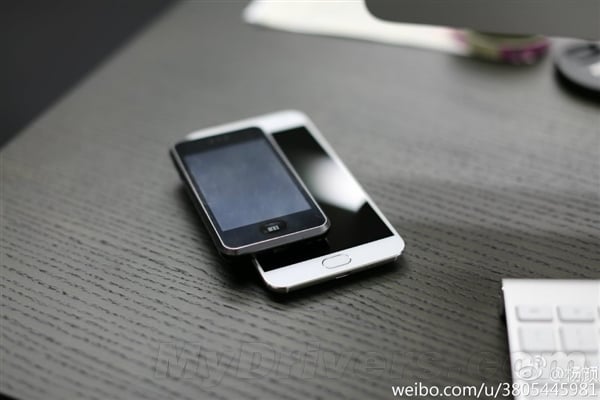 Previous leaks said about 41MP rear camera which is a really huge improvement of Meizu. Some other sources gave the same thing. If these sources are reliable, the Meizu MX5 will be honestly remarkable. As you probably know or not, the same main camera are now available on Nokia 808 PureView and Nokia Lumia 1020. 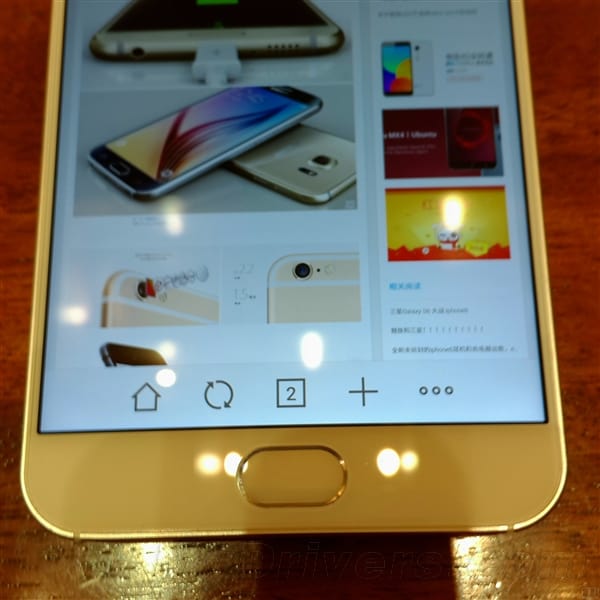 Besides, we hope that the Meizu MX5 will be supported Mediatek’s newest CPU, the high end MT6795. Specifically, the MT6795 is an true Octa-Core 64bit Processor clocked at to 2.2Ghz. The Chips supports displays up to 1,600 x 2,560 resolution and even 480fps Full HD videos. It highly looks like the Meizu MX5 will be packed 4GB of LDDR4 RAM. Its RAM possibly comes with us, cuz the Meizu MX4 Pro comes already with 3GB RAM. Moreover, the Meizu MX5 might possibly report 5.5″ 2K QHD display. Probably this will be similiar to the 16:10 display with a 1,536 x 2,560 on the Meizu MX4 Pro. 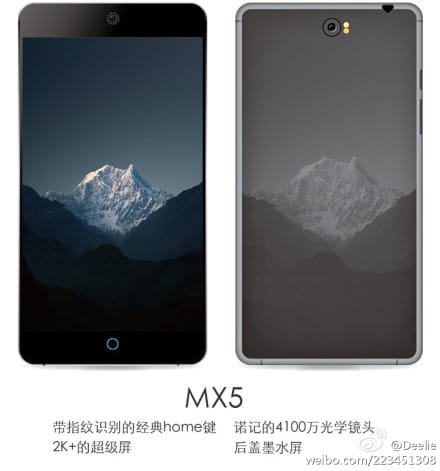 That is the first pic of the new Meizu MX5 so far. As for the release date, it takes time to enter the shelves well. The price is expected to be cost at 1999 yuan (PHP 14333) which is the same price tag as the Meizu MX4 as well as the Meizu MX4 Pro. Repeatedly, if the Meizu MX5 really comes with an astonishing 41MP main camera and some above listed specs, its phone is extremely sold as a hot cakes. Wait for.