Those who love one of the most interesting smartphones Lenovo Vibe Shot will find the following model much better. Check out Lenovo Vibe Alpha now! 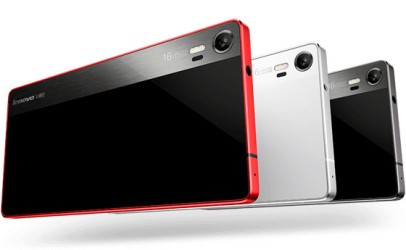 Recently, we have been able to spot a new model we consider as a more advanced variant of Lenovo Vibe Shot for 2016. Speaking specifically, DeviantArt user r4yNTv was the one who created and named this Alpha. You may think its design is the same as the Shot, but in fact, Alpha boasts a thinner bezels, an anodized aluminum frame and chamfered edges on both sides; the logo and the camera cluster on the back are also a bit different if you look closely. Anyhow, Lenovo Vibe Alpha still keeps the unique appearance of the original handset. That’s cool, rite?!

As for Lenovo Vibe Alpha specs, it is said to come with mid-range features and some “nifty display technologies”. Specifically, the phone will pack a 5.0-inch Full HD screen from JDI (AH-IPS) with 90% NTSC color space and 1500:1 contrast ratio. Moreover, according to the source, there are modern technologies such as MediaTek MiraVision Display Engine, color tuning feature, ClearMotion 60 FPS, Asahi Dragontrail-X Cover Glass, and Synaptics ClearPad 3700 touchscreen controller on board to bring users excellent experience with the Alpha’s display. 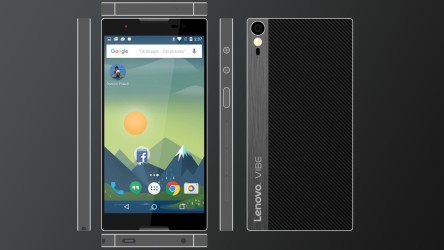 For the rest, we note that the machine will be powered by a MediaTek Helio X10 paired with Vulkan API-ready G6200 GPU, IP67 rating, Android 6.0.1 Marshmallow OS, a 3,400mAh battery supporting fast charging tech, 3GB of RAM plus 32GB of internal storage. In terms of camera, the main one is capable of 16 megapixels with f/2.2, Samsung Britecell sensor plus 0.1s PDAF. Additionally, the front snapper has an 8MP sensor, f/2.2 and more than 80° Wide-Angle Lens to give you great selfies.

We have not been informed of the official Lenovo Vibe Alpha launch date as well as its price. Though, we predict that like the Vibe Shot released in June 2015, the Alpha can debut some time at the end of the Q2 or in the Q3 of 2016. For the cost, it will probably be priced at $360. What do you think?