The next flagship LG V40 launch is coming in 2018 with the top-notch specs, which is worth a look. As far as you concerned, LG V40 sports the latest chipset Qualcomm Snapdragon 845, 8GB RAM and so much more. Read the full article to learn more about this flagship! 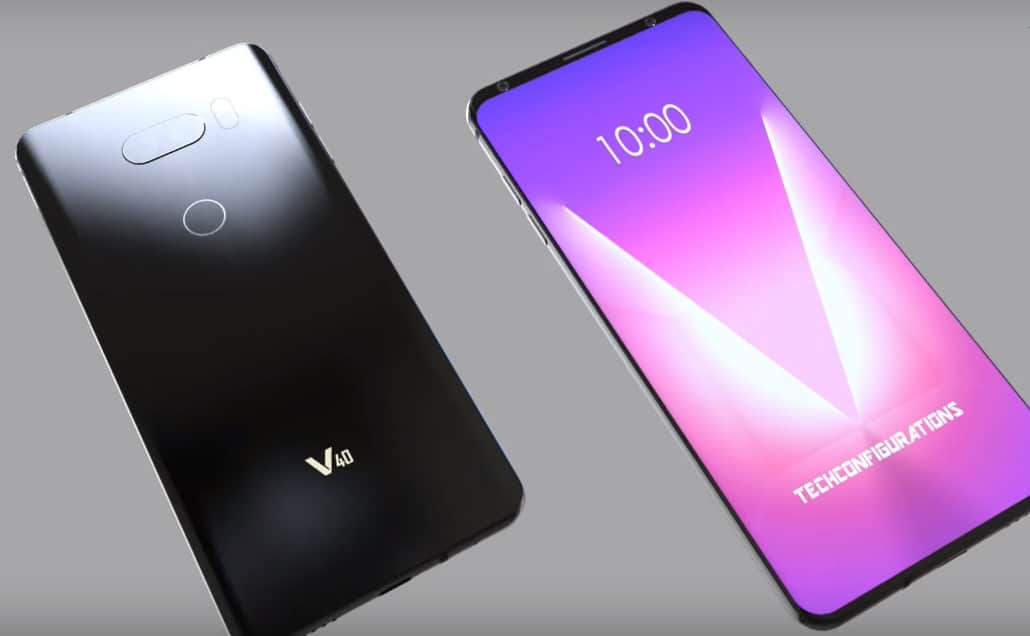 Previously in 2017, LG V30 joins the flagships market, and gains favorite from smartphone users for the latest specs and high-quality design. To continue the “V series” this upcoming 2018, LG V40 specs include a 6.2-inch P-OLED QHD display enhanced by Corning Gorilla Glass 6. Besides, LG V40 provides the screen resolution of 2960×1440 pixels, an aspect ratio of 18:5:9 and screen to body ratio of 85%.

The back of LG V40 is metal frame and glass equipped while it includes a 20MP primary camera, along with aperture of f/1.9. On the front, there is a 12MP selfie camera with an aperture of f/2.2 and wide-angle camera support available. On the other hand, there are two options to unlock the device. One is the fingerprint reader on the back, and another is the new Face Unlock technology on the front, which is exclusive for this version of “V series.”

The upcoming flagship LG V40 is not available until June of 2018 when LG V40 price comes at $1100 (Rs. 71,621). What do you think about the next innovative smartphone from LG V40 launch? Drop your comment and share your opinion with us!