Recently, a fresh set of photos have leaked which give us a detailed look of a new Meizu smartphone. Also, images of the packaging of the Meizu M5s have also appeared online. Let’s have a closer look at this phone. 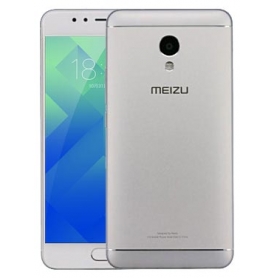 Already in December first pictures of an alleged Meizu device appeared, but we had no information on the name or date of the official release. Later a TENAA certification showed a Meizu phone’s specs and features. The name of the new mobile phone, Meizu M5S, points out that it could be an upgrade or downgrade of the Meizu M5, which was launched last year in November.

On newly leaked photos you can see the front of the handset, similar to other current Meizu devices, with a physical home button, a fingerprint scanner and a 5.2-inch HD display. At heart, according to TENAA, the device is powered by an octa-core 1.3GHz MediaTek MT6753 SoC processor and is working on Android 6.0 Marshmallow out of the box. Memory configurations include 2GB/16GB, 3GB/32GB, and 4GB/64GB which can be expanded up to 256GB of ROM via microSD card.

In terms of cameras, the phone is expected to feature a 13-megapixel rear camera with a f/2.2 aperture, phase detection autofocus, dual-LED flash and a 5-megapixel front shooter for selfies with a f/2.0 aperture. For Power, the Meizu M5s packs a 2930mAh non-removable battery which will be equipped with Meizu mCharge technology.

According to rumors, the Meizu M5s is said to carry a price tag of RMB 999 ($145) and the color options include silver grey, gold and rose gold. Overall, a very nice low budget phone with nice specs. What do you think, would you buy this phone? Is it worth its money? Tell us your opinion!