Moto G4 Plus: Good-looking guy with 16MP cam to come in…

A new flagship member of the Motorola Moto G line-up is coming. It will be called Moto G4 Plus and equipped with many top specifications… 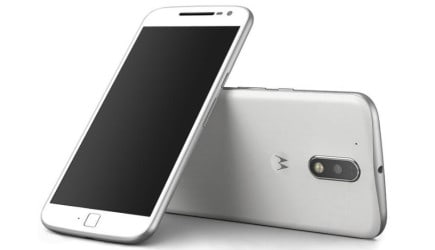 Moto G4 Plus: Good-looking and strong with 16 MP cam and…

Despite being acquired by Lenovo in 2014, Motorola as well as their smartphones has not been killed completely. “We’ll slowly phase out Motorola and focus on Moto,” said Osterloh. In fact, some Moto smartphones have been introduced lately and now it is time for a flagship. At the Lenovo ZUK Z2 Pro launch, Mr. Yang Yuanqing – Lenovo CEO, hinted that Motorola would be unveiling a new, “exciting” handset in June. And it has been predicted to be either Moto G4 Plus or Moto G4, or maybe both will come.

Recently, some alleged Moto G4 Plus’s renders and leaked photos have appeared on the internet. Its front sports an “unconventional, tilted square-shaped” home button with a fingerprint sensor underneath, and there is an alloy frame covering around the machine. Though, we’re not sure if the G4 Plus’s back is made of metal or plastic. Anyway, it looks cool, rite?! 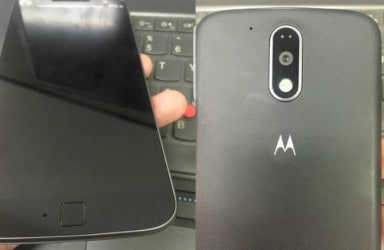 Spec-wise, not many details about the phone’s hardware got spotted besides a 5.5-inch display  and 16 GB of internal storage. Nonetheless, according to some reliable sources, Moto G4 Plus specs will include a 16 MP rear camera while Moto G4 specs will contain a 13 MP one. Not bad, huh?! Hopefully more information about them will be unveiled in the next days.

Moto G4 Plus price and availability