Google Pixel 2 Cameras are the Best in the World!

The new Google Pixel 2 cameras are officially better than the Galaxy Note 8 and iPhone 8 Plus. Also, the phone offers 128GB ROM and SnD 835 Soc. Read the full article to see who Google just beats regarding cameras feature. 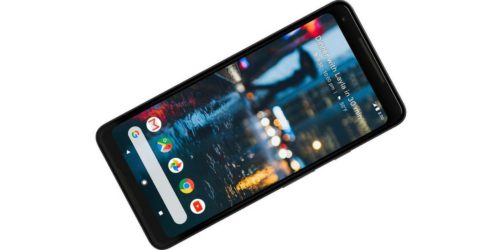 Google just revealed its new flagship which looks very stunning. For the past 3 weeks, we have seen different good and premium flagship so far. Samsung Launched the Galaxy Note 8, then Apple launched iPhone X and iPhone 8/8Plus. Now, Google is the next to unveil what its fans have been waiting for a long time. Google Pixel 2 smartphone beats iPhone 8 Plus and Galaxy Note 8 in cameras battle where it scored 98 in DxOMark’s tests based on 1,500 test images and 2 hours of video. In the other hand, iPhone 8 Plus and the Galaxy Note 8 scored 94 each.

Now, let’s see what makes the new Google smartphone so successful. First of all, the Google Pixel 2 specs come with 5.0inch AMOLED screen with a resolution of 1080 x 1920 pixels. The Google Pixel 2 now offers the Always on display which was seen first on the Samsung Galaxy S7 Edge last year. The good news that Google Pixel 2 also has the new IP67 Certification (water and dust resistant). Google finally decided to mind its users’ complaint which was about its upcoming phones coming with waterproof feature.

Moreover,  Google Pixel 2 flagship runs on Qualcomm MSM8998 Snapdragon 835. Besides that, it has 4GB RAM that helps the phone to run smoothly. The Google Pixel 2 smartphone storage offers 64 and 128GB ROM (not expandable). Google Pixel 2 cameras are 12MP for the rear and 8MP for the secondary shooter. The phone has  2700mAh battery pack and runs on Android 8.0 OS.

In conclusion, the new Google Pixel 2 handset announced today. However, the phone can go on sale anytime soon. For the Google Pixel 2 price, the phone costs Rs 52, 463 ~ $ 800. You may want to buy the new Pixel 2 as it now offers the waterproof and many new features.