Nokia 6.2 is coming to China with an in-display camera on the front, dual 16MP Rear Cameras, 6GB RAM. Scroll down for more details! 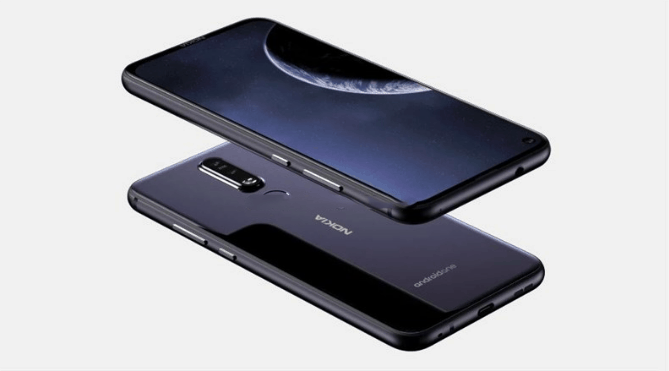 As we learned, Nokia 8.1 Plus is one of the company’s first smartphone to come with the camera hole display. According to the latest news, HMD plans to introduce a new Nokia smartphone with the same display technology. In addition, this phone could be the successor of Nokia 6.1, dubbed Nokia 6.2. Besides that, the Nokia phone can hit the market later in February. The Twitter post unveils a large 6.2-inch screen with a resolution of 1080 x 1920 pixels.

On the other hand, in the hardware department, the Nokia smartphone takes power from the Qualcomm Snapdragon 632 chipset as the processor. Additionally, this phone can sport 4GB/ 6GB RAM and 64GB/ 128GB of internal storage. Moreover, there is a MicroSD card that can expand the storage up to 256GB. Furthermore, the Nokia 6.2 camera is going to pack a dual 16MP rear camera with Zeiss optics and OZO Audio.

Meanwhile, the Nokia 6.2 specs include a 10MP front-facing shooter with an aperture of f/2.0. On the other hand, the Nokia smartphone comes running on Android 8.1 Oreo as the operating system. In addition, the Nokia smartphone carries a non-removable Li-Ion 3000mAh battery capacity that supports fast battery charging 18W. How about the connectivity options? They include 4G VoLTE, Wi-Fi, Bluetooth, and more…

The Finnish Firm may first launch the new Nokia phone in China by the end of this month or early February. Besides that, the rest of the world is getting it shortly after. As for the cost, the Nokia 6.2 price can start around $215 ~ Rs. 14, 999. Are you interested in the new Nokia smartphone? Share your thoughts below!