We have seen so far that Samsung made Galaxy A series 2017 official early this month. We are expecting the next generation of Galaxy J series 2017 at some point in the near future. Today, we go the new leaked of Galaxy J7 2017. 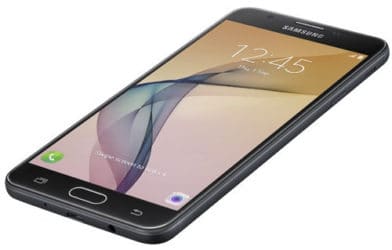 We have seen so far about the Galaxy J3 2017, which will be known in the US as the Galaxy J3 Emerge. Today, we are reminded that a Galaxy J7 2017 is coming too. Someone in possession of a prototype J7 (2017) has run Geekbench 4 on it, and as usual this has resulted in some information about the phone being available through the benchmark’s results database.

The device is powered by a Qualcomm’s Snapdragon 625 chipset. Normally, that type of chipset will boast a 2 GHz octa-core Cortex-A53 CPU, but in this benchmark run it was overclocked to 2.21 GHz as you can see. It comes with 2 GB of RAM while the ROM is unknown, but it is pretty sure that the ROM is expandable via a microSD card. The SoC has the Adreno 506 GPU built-in, and the J7 (2017) also gets 2GB of RAM. 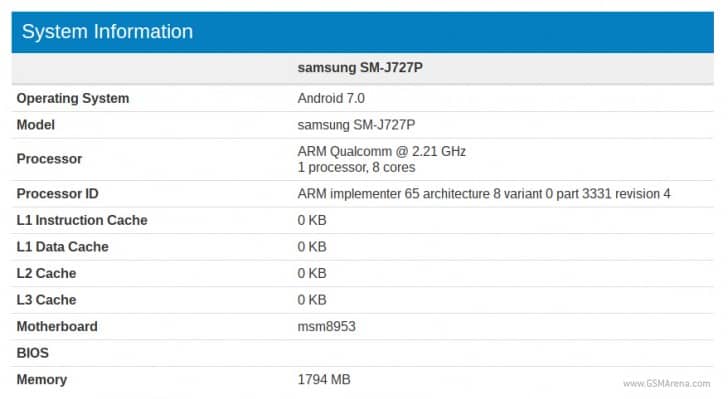 The phone will also boast a 13 MP main camera, a 5 MP selfie snapper. There is rumored that it will powered by a 3,000mAh Li-Ion battery. However, it would be 10% less than in the Galaxy J7 2016, therefore, hopefully that detail was going wrong. Past rumors also said the device would come with a 5.5-inch 1080p Super AMOLED touchscreen (up from 720p on the previous Galaxy J7 2016).

Until now, there is no information when Galaxy J7 2017 will release as well as the price. According to what Samsung offered us on Galaxy A series 2017, in general, the phone gives us a great feeling. It is promising to attract a lot of consumers once being officially released.