You will be excited after reading this news wich concern the Samsung Galaxy S8, the Galaxy S8 images just leaked and it looks so wonderful. 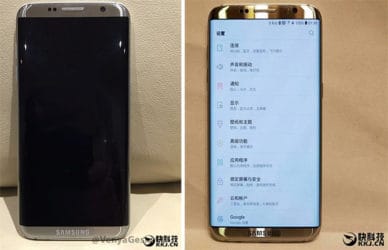 Samsung actually unveiled its upcoming S8 at the MWC 2017 on February 27 but did not show any particular design of the beast. As Samsung fans really expecting something gorgeous, reports are also doing all the possible to make fans comfortable with all the News that leaks. So today, we will show you how the Galaxy S8 images and design will look like. Let’s start with detailing its features and specs, the Galaxy S8 specs will start with its screen which will be a 5.8-inch super AMOLED with a resolution of 1440 x 2960 pixels.

The South Korean giant said that the phone will be powered by a giant and the latest OS Qualcomm MSM8998 Snapdragon 835, Adreno 540 with 4GB RAM. The S8 will keep S8 will be keeping the traditional 3.5mm headphone jack. The leaked photos also include a big one showing its large curved screen display, along with its front-facing camera, and its iris scanner. The Galaxy S8 cameras will come with a 12 MP, f/1.7, 26mm, phase detection autofocus, OIS, LED flash, while the secondary camera is said to be an 8MP. 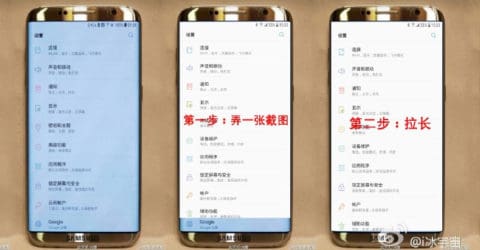 For the internal storage, the phone will offer a 64 to 128GB which can be expanded up to 256GB via microSD. There will be a button on the S8 called the BGR which probably seems to be used to access the phone’s new Bixby voice-command digital assistant. The Galaxy S8 images show that it will have a curved display as well, but better rounded than the Galaxy S7 edge. The phone will have a battery power of 3000mAh battery non-removable and will also run on Android 7.0 Nougat.

Are you really impressed to see the first leak of the Galaxy S8 images? do you want to see it curved that way? drop your opinion in the comment section.