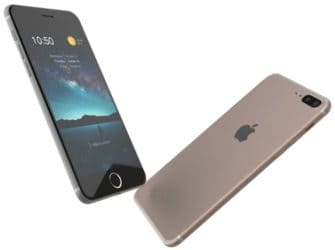 First, let’s have a look at the processor of iPhone 7 Plus and Samsung Galaxy S8. Under the hood, the new Galaxy S8 is powered by an octa-core SND 835 processor. On the other hand, the phone from Apple runs on Apple A10 Fusion processor. In terms of memory, Samsung’s device packs 4 GB RAM paired with 64GB of internal storage which can be expanded up to 256GB via microSD. The iPhone 7 Plus only sports 3GB and offers 32/128/256GB of non-expandable native storage. So, with Samsung’s latest flagship, you will have better, faster, and stronger performance.

In terms of cameras, the South Korean company equipped its device with an 8MP selfie snapper and an 12MP primary camera on the rear panel with f/1.7, 26mm, phase detection autofocus and OIS, LED flash. Meanwhile, Apple’s device offers you better shots with a 12MP dual camera on the back and a 7MP front shooter with f/2.2. You would have more fun with the iPhone’s cameras! 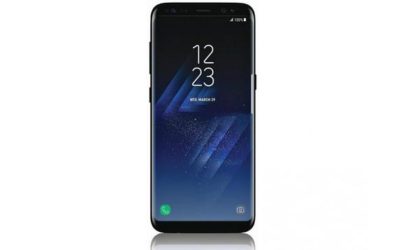 In the exchange,Galaxy S8 defeats its rival with a better 5.8 -inch Super AMOLED display with higher screen resolution of 1440 x 2960 pixels and pixel density of 570 ppi, while iPhone 7+ is equipped with a 5.5-inch LED-backlit IPS LCD Full HD touchscreen and only 401 ppi pixel density. Also, Samsung’s flagship owns a bigger battery capacity of 3000mAh and runs on the latest Android Nougat OS. Its competitor is fueled by a 2900mAh cell and works on iOS 10.0.1.

In the iPhone 7+ vs Samsung Galaxy S8 specs battle, we can see that the new Galaxy S8 beats the one from Apple in almost every spec. It comes with a stronger chipset, a huger battery, bigger RAM, and better display. With all these specs, Galaxy S8 price is expected to be at $750 ~ Rs. 48704. On the other hand, iPhone 7+ price is also quoted at $750. So, if you want a phone with strong performance or you are simply a Samsung fan, Galaxy S8 is a proper choice.