MD Global finally unveiled the Nokia X71 with fantastic specs such as punch hole display, triple 48MP cameras today in Taiwan! Scroll down to catch the full news about this handset!

Just a few weeks ago, HMD Global surprised their fans with the announcement of a new phone launch. Initially, the Finnish brand confirmed the release event of the Nokia 9 PureView in Taiwan today. After a few days, they revealed that one more Nokia smartphone is going to launch alongside the Nokia 9 under the name Nokia X71. Furthermore, this handset is the first Nokia-branded device to equip a punch hole display!

Furthermore, it is also the first Nokia X-series phone to debut outside China. Now, let’s see what the Nokia X71 specs pack! Firstly, it arrives with a 6.39″ FHD+ display. Besides, the screen quoted an impressive quoted 93% screen to body ratio and the resolution of 1080 x 2520 pixels. On the front, there is a punch hole for the 16MP selfie shooter. Under the hood, the new Nokia phone takes power from the Qualcomm Snapdragon 660 chipset! 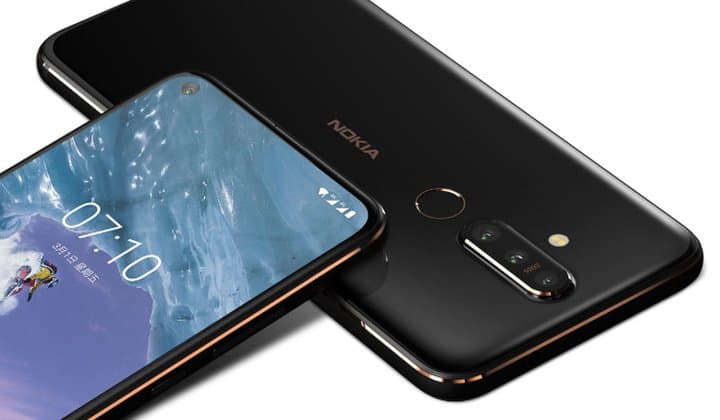 As for the storage, the Nokia phone packs 6GB RAM and 128GB storage. Furthermore, it also features a microSD card which is expandable to 256GB. Now, let’s talk about the photography system. In details, the Nokia X71 camera includes a triple camera setup with 48MP (main), 8MP (wide), and 5MP (depth) units. Next, to the cameras, we spot the flash. Meanwhile, you can find a traditional fingerprint sensor. Also, the Nokia phone supports a 3.5mm headphone jack. As for the battery, the smartphone equips a 3500mAh battery box with the 18W fast charger included in the box. Finally, the new Nokia device is part of the Android One program and runs on Android 9.0 Pie.