Apple iPhone X is receiving a poor shipment this year with only 29 million unit sold. At the moment, Samsung OLED Business is facing some troubles due to the sale of Apple iPhone X. Take a look below for more details!

Last year, the market attention focused only on Apple iPhone X with some innovative advancements. Soon, the smartphone community lost their interest due to some significant problems of this flagship. In the latest reports, Apple only shipped 29 million units of Apple iPhone X. On the contrary, last year, Apple had succeeded to sell around 78,3 million iPhones 7 in only one quarter. The poor shipment of iPhone X does not only poorly influence Apple but also the giant Samsung manufacturer as well.

Samsung, the Korean tech giant, is the sole OLED supplier of Apple. Right after the report of iPhone X poor sale, Samsung is decreasing the production rate of one OLED factory by 10%. Furthermore, this manufacturer is also postponing the expansion plans in Vietnam due to the uncertainty of Apple flagship future. According to a report, “the A3 plant is specifically designed to supply panels to Apple only. Unless supplies to Apple do not recover, it is unavoidable for Samsung to see weaker earning this year”. 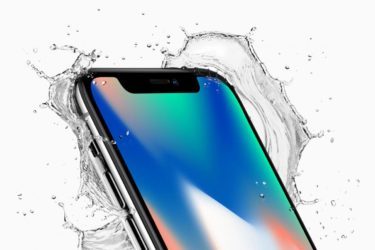 Furthermore, in another report, Apple is going to launch 2 LCD and 1 OLED smartphones this year. However, this move of Apple does not help Samsung at all since Apple might LG as the primary supplier for their 5.85” and 6.46” screen.

The Future of iPhone

At the moment, another subsidiary of the Korean company, LG Chemical, is working on an L-shaped battery plant. We expect this battery box is about to ship with future Apple iPhone. The mass production of the power cells might start this year. Stay tuned!